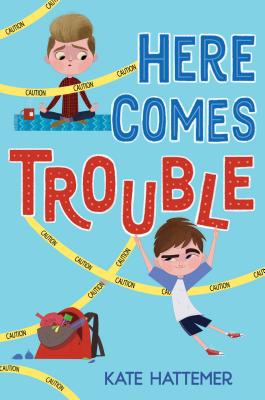 The hilarious story of a wannabe-reformed-prankster perfect for readers who loved Dead End in Norvelt and Better Nate Than Never.

Soren Skaar is a notorious prankster. After his partner-in-pranking-crime moves away, Soren's ready to leave his life of causing trouble behind. But when his hipster Brooklynite cousin comes to "study abroad" with his family in small-town Minnesota, Soren's plans for reform fall by the wayside.

Soon all Soren can see are opportunities to prank, and his shenanigans have done nothing to win over his cousin. It isn't long before he's in over his head, and Soren can't help but wonder who he'll be if he loses this part of himself. Can he give up his life as a jokester, or is the joke on him?


"Give this to fans of the "Wimpy Kid" series who are looking for longer novels."--SLJ

KATE HATTEMER is a native of Cincinnati, but now writes, reads, runs, and teaches high school Latin in the DC metro area. She is the author of The Vigilante Poets of Selwyn Academy, which received five starred reviews and was named a best book of the year by the American Library Association, Kirkus, and Bustle, and The Land of 10,000 Madonnas. Learn more about Kate on her website at KateHattemer.com or on Twitter at @KateHattmer.