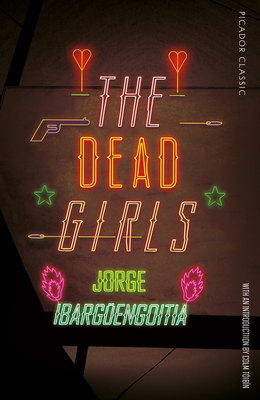 Serafina Baladro and her sister run a successful brothel business in a small town, so successful that they begin to expand. But when business starts to falter, life in the brothel turns ugly, and girls start disappearing. Based on real events, the story of serial-killing brothel owners Delfina and María de Jésus González, whose crimes were uncovered in 1964, The Dead Girls is a deliciously satirical black comedy—a potent blend of sex and mayhem. Written in the laconic tones of a police report, it cleverly uncovers the hopeless pedantry of a broken justice system, and the dark world of prostitution.

Jorge Ibargüengoitia was born in 1928 in Guanajato, central Mexico. Winner of the Premio Casa de las Americas, as well as the Premio Mexico, for his novel Estas ruinas que vas, he worked as a translator, as a teacher of Spanish literature in American universities and as a journalist in Mexico City. He died in 1983 in Spain.