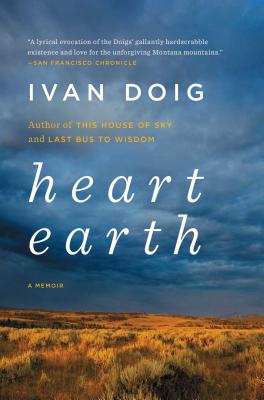 Ivan Doig’s companion memoir to his bestselling This House of Sky—inspired by the letters his mother wrote during World War II—is “a lyrical evocation of the Doigs’ gallantly hardscrabble existence and love for the unforgiving Montana mountains” (San Francisco Chronicle).

Raised by his father and maternal grandmother, Ivan Doig grew up with only a vague memory of his mother, who died on his sixth birthday. Then he discovered a cache of her letters, and through them, a spunky, passionate, can-do woman emerged. His mother was as at home in the saddle as behind a sewing machine, and as in love with language as her son.

In this prize-winning prequel to his acclaimed memoir This House of Sky, Doig brings to life his childhood before his mother’s death, and the family’s journey from the Montana mountains to the Arizona desert and back again. “Profoundly original and lustrous,” (Kirkus Reviews) Doig eloquently captures the texture of the American West during and after World War II, the fortune of a family, and one woman’s indomitable spirit. Doig is “a colloquial stylist without equal…and Heart Earth is a book that repeatedly proves the power of language” (Los Angeles Times).

Ivan Doig (1939-2015) was a third-generation Montanan and the author of sixteen books, including the classic memoir This House of Sky and most recently Last Bus to Wisdom. He was a National Book Award finalist and received the Wallace Stegner Award, among many other honors. Doig lived in Seattle with his wife, Carol. Visit IvanDoig.com.