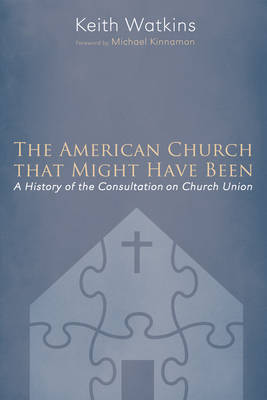 By  Keith Watkins , Foreword by  Michael Kinnamon
Hardcover
$ 49.00
Out of Stock In Store (Click to Order)

During a forty-year period ending in 2002, leaders of major American churches tried to unite their members, ministries, and public service in a new church they named A Church of Christ Uniting. Participating in this movement were four Methodist Churches, the Episcopal Church, the nation's largest Presbyterian Church, the United Church of Christ, the Christian Church (Disciples of Christ), and the International Council of Community Churches. With a membership of close to twenty million, this church would have been spread throughout the nation more fully than any other church except the Roman Catholic. Leaders of the movement believed that this union would enable church members to experience their Christian life more fully. It would heal divisions that had existed since the Protestant Reformation 450 years earlier and displace the denominational system that was increasingly dysfunctional. By coming together in a new way, these churches could work more effectively at overcoming problems in American life--especially the challenges related to racism. Although the Consultation on Church Union (COCU) closed before converting its vision into a new form of the church, it had a significant effect on these churches and the nation. This is a story that needs to be remembered. ""This book is an important contribution to continuing efforts to heal a broken church, that it may be a more effective healing presence in a broken world. More than a historical record of churches engaged for four decades seeking organic unity, it identifies the challenges that continue to divide and cites tangible ways churches can give greater visibility of the church's inherent unity flowing from the baptism all Christians share in common."" --Harold M. Daniels, Presbyterian Church, Albuquerque, NM ""The title of Keith Watkins's important history of COCU not only alludes to the disappointments, resistance, and failures that left the original vision unfulfilled, it also hints at the almost certain impoverishment of the American church that would have ensued if this bold ecumenical journey had never been undertaken."" --John H. Thomas, Chicago Theological Seminary, Chicago, IL ""Keith Watkins has superbly captured the history of the attempt by the COCU churches to unite in organic union. Although the drafted 'Plan of Union' was not approved by the member denominations, Watkins gives a detailed account of the process that led to the ultimate decision. This book is one of the best in the ecumenical movement."" --W. Clyde Williams, former Associate General Secretary of the Consultation on Church Union, Atlanta, GA ""Today we can hardly remember that as COCU launched, Protestant church members could not share communion. Watkins describes how eagerly COCU partners moved toward union and how surprisingly quick was the movement on long-standing, intractable matters of faith, worship, and the sacraments. Then came the Gordian knot of ministry, the difficulty of organizational issues, and the American original sin of racism. What went right, what went wrong with COCU, and what still cries out to be done. A must-read for all who long for visible unity among Christians."" --Sharon E. Watkins, General Minister and President, Christian Church (Disciples of Christ), Indianapolis, IN Keith Watkins is a minister ordained in the Christian Church (Disciples of Christ) and professor emeritus at Christian Theological Seminary. His books include The Great Thanksgiving: The Eucharistic Norm of Christian Worship and A Visible Sign of God's Presence: A History of the Yakama Christian Mission. He was a member of COCU's Commission on Worship and held memberships in the North American Academy of Liturgy and the Consultation on Common Texts.