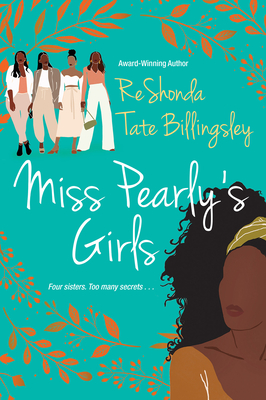 By  ReShonda Tate Billingsley
Paperback
$ 15.95
Out of Stock In Store (Available to Order)

In this captivating family drama from award-winning, bestselling author ReShonda Tate Billingsley, four estranged sisters must return to rural Arkansas when their mother is diagnosed with a terminal illness. Their mother wants them to repair their shattered relationships, but first they’ll have to face the lies and obstacles they’ve worked so hard to leave behind…

Raising four very different daughters on her own in rural Arkansas wasn't easy for Miss Pearly Bell. And she's always regretted that the sisters went their separate ways for good—and never wanted to see each other again. But when Pearly is stricken with a terminal illness, she summons them all home—determined to somehow help them get right with each other and forgive...But that means dealing with past secrets and lies first.

As the oldest sister, pastor's wife Maxine took her responsibility way too seriously—and never fails to judge everyone else. But a secret she can no longer keep will explode everything she stands for. Youngest sister Leslie is all about making a very different life with her new love—but she didn't expect a shattering past truth to be suddenly revealed and uproot everything she ever thought she knew. Elegant PR professional Stella and her earthy twin, Star, don’t see eye-to-eye on anything—and now a long-ago deception could wipe out their last chance at a relationship.

Soon each sister must confront the illusions they've taken refuge in for so long and deal with each other woman-to-woman. But can building an all-too-fragile trust repair the damage done—and help them come together when they are needed most?

ReShonda Tate Billingsley has made a career out of getting the 411 and spinning a story, hard truths and all. Before writing full-time, she worked as a reporter for The National Enquirer (you wouldn’t believe what she’s uncovered!) and as an anchor and reporter for NBC, ABC, and FOX television. The author of more than two dozen books, she won the 2012 NAACP Image Award for Outstanding Literary Fiction and is a five-time winner of the National Association of Black Journalists Spirit in the Words competition. Visit her online at rumor-central.com.