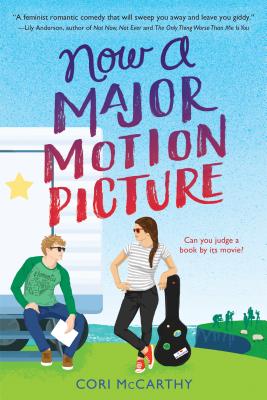 Fandom and first love collide in in this joyful, feminist contemporary romance from acclaimed author Cori McCarthy--perfect for fans of Rainbow Rowell and Ashley Poston

Iris Thorne wants to blaze her own path. That's easier said than done when you're the granddaughter of M. E. Thorne, famous author of the Elementia series, hailed as the feminist response to J. R. R. Tolkien's Lord of the Rings. And with a major motion picture adaptation of her grandmother's books in the works, Iris can say goodbye to her dream of making her own way in the music industry.

When Iris and her brother get invited to the film set in Ireland, she's pretty sure the trip will be a nightmare. Except Iris can't deny the rugged beauty of the Irish countryside. And brushing shoulders with the hot, young cast isn't awful, especially the infuriatingly charming lead actor, Eamon O'Brien. Iris even finds the impassioned female director inspiring. But when the filming falls into jeopardy, everything Iris thought she knew about Elementia--and herself--is in question. Will making a film for the big screen help Iris to see the big picture?