Fall is for School 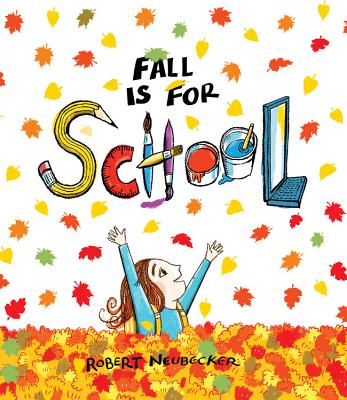 Fall is for School

Fall is time for turning leaves,
The weather's growing cool.
Fall is here! Come on with me!
It's time to go to school.

In this exuberant sequel to Winter is for Snow, the two seasonally-opposed siblings face the end of summer with both joy and dread. But as Sister shares her enthusiasm for fall, school, and everything they encompass, Brother's own excitement grows in this celebratory picturebook. Robert Neubecker's expressive illustrations and buoyant rhymes will encourage even the most reluctant school-goers to embrace the start of a new season!

Praise for Winter is for Snow

"Neubecker's signature style and brightly colored illustrations are, as always, childcentered and detailed. A rhyming, rollicking salute to the coldest season." -- Booklist

Robert Neubecker (www.neubecker.com) is a regular contributor to Slate.com, the Wall Street Journal, and the New York Times. His many books include Winter is for Snow and Wow! City!, an American Library Association Notable book for 2005. He has recently illustrated Keith Haring: The Boy Who Just Kept Drawing by Kay Haring. A longtime New Yorker, Robert now lives with his growing family and the occasional moose on Iron Mountain in Park City, Utah.