Waste of Space (Moon Base Alpha) 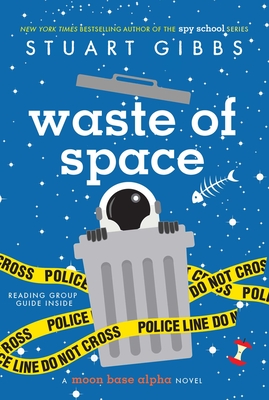 Waste of Space (Moon Base Alpha)

Tensions are running high when multi-billionaire Lars Sjoburg is poisoned and everyone is looking to Dash Gibson to solve the case in this third and final book in the New York Times bestselling Moon Base Alpha series.

Moon Base Alpha was supposed to be an exciting place to live, but Dashiell Gibson didn’t expect for it to be this exciting. He’s already had to solve a murder and locate a missing moon base commander. Now, he just wants to have a calm, quiet thirteenth birthday. But, of course, trillionaire (and total pain) Lars Sjoburg ruins it—by being poisoned.

Now there’s another potential killer loose on Moon Base Alpha, and Dash is forced to identify the most likely suspects. Suddenly Dash finds himself with a target on his back. Whoever poisoned Lars will stop at nothing to keep his—or her—identity a secret.