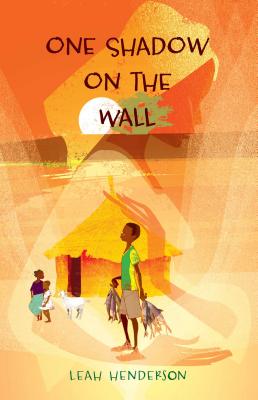 By  Leah Henderson
Paperback
$ 8.99
Order Online (Out of Stock In Store)

An orphaned boy in contemporary Senegal must decide between doing what is right and what is easy as he struggles to keep a promise he made to his dying father in this “stirring” (School Library Journal) debut novel laced with magical realism.

Eleven-year-old Mor was used to hearing his father’s voice, even if no one else could since his father’s death. It was comforting. It was also a reminder that Mor had made a promise to his father before he passed: keep your sisters safe. Keep the family together. But almost as soon as they are orphaned, that promise seems impossible to keep. With an aunt from the big city ready to separate him and his sisters as soon as she arrives, and a gang of boys from a nearby village wanting everything he has—including his spirit—Mor is tested in ways he never imagined.

With only the hot summer months to prove himself, Mor must face a choice. Does he listen to his father and keep his heart true, but risk breaking his promise through failure? Or is it easier to just join the Danka Boys, whom despite their maliciousness are at least loyal to their own?

One Shadow on the Wall is about love and loss, family and friendship, and creating your own future—even when it’s hard to do.

Leah Henderson is the author of One Shadow on the Wall and Together We March. She has always loved getting lost in stories. When she is not scribbling down her characters’ adventures, she is off on her own, exploring new spaces and places around the world. Many of the hopes, struggles, and traditions witnessed on her travels find a home in her work, hopefully offering added color and new perspectives to her characters’ lives. Leah received her MFA in writing from Spalding University and currently calls the Washington, DC, area home. Visit her at LeahHendersonBooks.com.