Poison Is Not Polite (A Murder Most Unladylike Mystery) 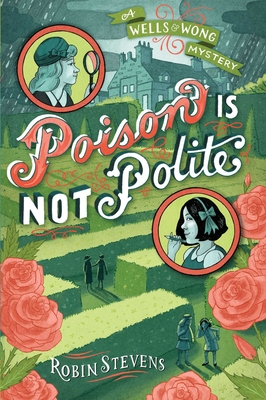 Poison Is Not Polite (A Murder Most Unladylike Mystery)

A tea party takes a poisonous turn leaving Daisy and Hazel with a new mystery to solve in the second novel of the Wells & Wong Mystery series.

Schoolgirl detectives Daisy Wells and Hazel Wong are at Daisy’s home, Fallingford, for the holidays. Daisy’s glamorous mother is throwing a tea party for Daisy’s birthday, and the whole family is invited, from eccentric Aunt Saskia to dashing Uncle Felix. But it soon becomes clear that this party isn’t about Daisy after all—and she is furious. But Daisy’s anger falls to the wayside when one of their guests falls seriously and mysteriously ill—and everything points to poison. It’s up to Daisy and Hazel to find out what’s really going on.

With wild storms preventing everyone from leaving, or the police from arriving, Fallingford suddenly feels like a very dangerous place to be. Not a single person present is what they seem—and everyone has a secret or two. And when someone very close to Daisy begins to act suspiciously, the Detective Society does everything they can to reveal the truth…no matter the consequences.

Previously published as Arsenic for Tea in the UK.

Robin Stevens was born in California and grew up in Oxford, England, across the road from the house where Alice of Alice in Wonderland lived. Robin has been making up stories all her life. She spent her teenage years at boarding school, reading a lot of murder mysteries and hoping that she’d get the chance to do some detecting herself (she didn’t). She studied crime fiction in college and then worked in children’s publishing. Robin now lives in London with her pet bearded dragon, Watson.