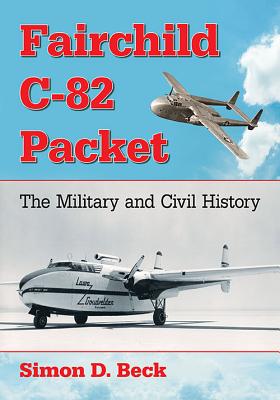 Originally designed as a cargo and paratroop transport during World War II, the Fairchild C-82 Packet is today mainly remembered for its starring role in the Hollywood film The Flight of the Phoenix (1965). Its ungainly appearance earned it the nickname "the flying boxcar" but the aircraft was the first to achieve practical end-loading and aerial delivery of cargoes. Its outsized capacity served the U.S. military's needs for more than ten years--civilian operators flew it in remote locations like Alaska and South America for a further three decades. This book provides a comprehensive history of the C-82, detailing each of the 224 aircraft built, with technical diagrams, multiple appendices and more than 200 photos.

Simon D. Beck has had a lifelong passion for aviation history, both military and civil. Living in Christchurch, New Zealand, he has written a previous book about aviation films and penned many aviation articles.