Down City: A Daughter's Story of Love, Memory, and Murder 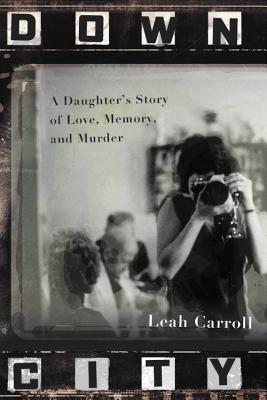 Down City: A Daughter's Story of Love, Memory, and Murder

By  Leah Carroll
Hardcover
$ 26.00
Unavailable
Like James Ellroy's, My Dark Places, Down City is a gripping narrative built of memory and reportage, and Leah Carroll's portrait of Rhode Island is sure to take a place next Mary Karr's portrayal of her childhood in East Texas and David Simon's gritty Baltimore.

Leah Carroll's mother, a gifted amateur photographer, was murdered by two drug dealers with Mafia connections when Leah was four years old. Her father, a charming alcoholic who hurtled between depression and mania, was dead by the time she was eighteen. Why did her mother have to die? Why did the man who killed her receive such a light sentence? What darkness did Leah inherit from her parents?

Leah was left to put together her own future and, now in her memoir, she explores the mystery of her parents' lives, through interviews, photos, and police records. Down City is a raw, wrenching memoir of a broken family and an indelible portrait of Rhode Island- a tiny state where the ghosts of mafia kingpins live alongside the feisty, stubborn people working hard just to get by. Heartbreaking, and mesmerizing, it's the story of a resilient young woman's determination to discover the truth about a mother she never knew and the deeply troubled father who raised her-a man who was, Leah writes, "both my greatest champion and biggest obstacle."
Leah Carroll lives in Brooklyn, New York. She graduated from Emerson College, and received an MFA in fiction from the University of Florida. She is the recipient of fellowships from the New York Foundation for the Arts and the MacDowell Colony.