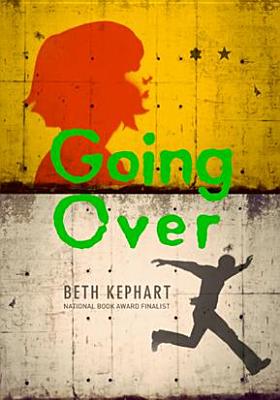 By  Beth Kephart
Hardcover
$ 17.99
Unavailable
It is February 1983, and Berlin is a divided city with a miles-long barricade separating east from west. But the city isn't the only thing that is divided. Ada lives among the rebels, punkers, and immigrants of Kreuzberg in West Berlin. Stefan lives in East Berlin, in a faceless apartment bunker of Friedrichshain. Bound by love and separated by circumstance, their only chance for a life together lies in a high-risk escape. But will Stefan find the courage to leap? Or will forces beyond his control stand in his way? National Book Award finalist Beth Kephart presents a story of daring and sacrifice, and love that will not wait.
Beth Kephart is the author of more than a dozen books, including the National Book Award finalist A Slant of Sun, as well as many critically acclaimed novels for young adults including Undercover, House of Dance, Nothing but Ghosts, The Heart Is Not a Size, You are my Only, and Small Damages.

In addition to being a National Book Award finalist, Kephart is a winner of the Pennsylvania Council on the Arts fiction grant, a National Endowment for the Arts grant, a Leeway grant, a Pew Fellowships in the Arts grant, and the Speakeasy Poetry Prize, among other honors. Kephart's essays are frequently anthologized, she has judged numerous competitions, and she has taught workshops at many institutions, to all ages. She has also teaches advanced nonfiction workshops at the University of Pennsylvania.