The Clockmaker's Daughter: A Novel 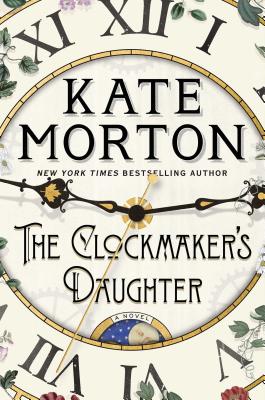 The Clockmaker's Daughter: A Novel

“An ambitious, compelling historical mystery with a fabulous cast of characters…Kate Morton at her very best.” —Kristin Hannah

In the depths of a 19th-century winter, a little girl is abandoned on the streets of Victorian London. She grows up to become in turn a thief, an artist’s muse, and a lover. In the summer of 1862, shortly after her eighteenth birthday, she travels with a group of artists to a beautiful house on a bend of the Upper Thames. Tensions simmer and one hot afternoon a gunshot rings out. A woman is killed, another disappears, and the truth of what happened slips through the cracks of time. It is not until over a century later, when another young woman is drawn to Birchwood Manor, that its secrets are finally revealed.

Told by multiple voices across time, this is an intricately layered, richly atmospheric novel about art and passion, forgiveness and loss, that shows us that sometimes the way forward is through the past.

Kate Morton is the award-winning, New York Times bestselling author of The House at Riverton, The Forgotten Garden, The Distant Hours, The Secret Keeper, The Lake House, and The Clockmaker’s Daughter. Her books are published in 34 languages and have been #1 bestsellers worldwide. She is a native Australian, holds degrees in dramatic art and English literature. She lives with her family in London and Australia.