Walking on Water: A Novel (The Walk Series #5) 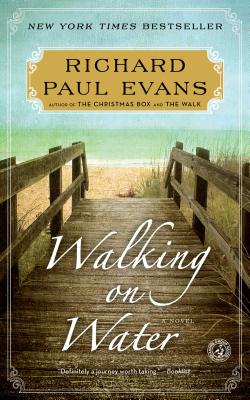 Walking on Water: A Novel (The Walk Series #5)

By  Richard Paul Evans
Paperback
$ 15.99
Out of Stock In Store (Click to Order)

With this New York Times bestseller, the beloved Walk series ends as Alan Christoffersen reaches his destination and the beginning of a new life: “Definitely a journey worth taking” (Booklist).

After the death of his beloved wife, after the loss of his advertising business to his once-trusted partner, after bankruptcy forced him from his home, Alan Christoffersen embarked on a daring cross-country journey—a walk across America, from Seattle to Key West, with only the pack on his back. Through it all he learned life-changing lessons about love, forgiveness, and most of all, hope.

Now Alan must again return west to face yet another crisis, one that threatens to upend his world just as he had begun to heal from so much loss, leaving him unsure of whether he can reach the end his journey. It will take the love of a new friend, and the wisdom of an old friend, to help him to finally leave the past behind and find the strength and hope to live again.

Walking on Water is a beautiful story of one man’s search for a new beginning, of “humorous moments, heartwarming moments, moments of self-discovery, and moments of profound wisdom” (Deseret Morning News).