Slate Mining in the Lake District: An Illustrated History 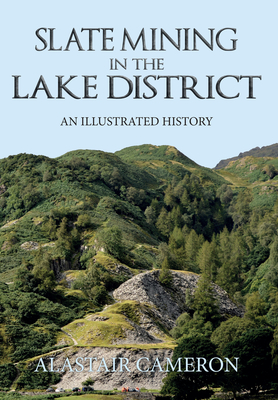 Slate Mining in the Lake District: An Illustrated History

The remnants of slate mining and quarrying form as much a part of the Lakeland historic landscape as the stone walls, heathered moorlands and Lakeland farms do. A significant number of local families currently living in Lake District villages has had some connections with the slate industry in the past, and a few are still involved in the industry today.Although many believe that slate was worked during the Roman era, the present ‘style’ of slate-working started shortly after the Norman Conquest to help build the Norman castles, abbeys and priories in Britain. The Normans were familiar with slate; it had been worked for centuries earlier at sites in the Ardennes and in the Loire valley. By 1280 there are references to slate being worked at Longsleddale and by the fifteenth century the industry was well established throughout the district.Using historic detail, photographs and captions, Slate Mining in the Lake District: An Illustrated History explores the history of the industry in the Lake District. Considering slate mining’s key role in the heritage of this iconic national park, Alastair Cameron also details its present-day operations.

Alastair Cameron was born and brought up in the slate-working village of Coniston, in the southern part of the Lake District. Since those early days he has travelled the world but has maintained close contacts with the village of Coniston and, in particular, with those who have worked in the industry. He has written extensively on the industrial archaeology of the Lake District fells, in particular about the slate and ore mining industries that are very much part of the history and culture of the area.