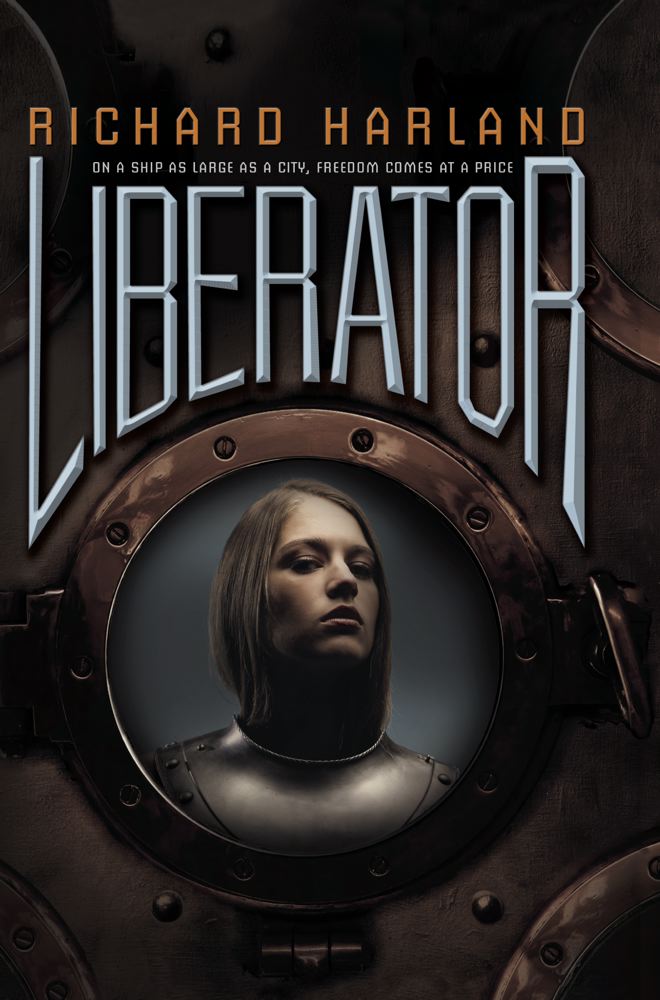 Equality remains elusive in this stunning steampunk sequel to Worldshaker.

In the aftermath of the events of Worldshaker, the Filthies control the massive juggernaut, now called Liberator. Many members of the former upper class, called Swanks, have remained behind to help teach them how to operate the juggernaut and to build a new society together. But all is not idyllic aboard Liberator.

A saboteur seems determined to drive up anti-Swank sentiment among the more volatile Filthy factions. And the Swanks are finding that their best efforts to work with the Filthies are being tossed aside. Even Col, who thought his relationship with Riff was rock solid, is starting to see their friendship crumbling before him. As tensions run high and coal supplies run low, Liberator is on the verge of a crisis. Can Col and Riff unify their divided people before disaster strikes?

Richard Harland is the author of many fantasy, horror, and science fiction novels for young readers, including Worldshaker, Liberator, the Eddon and Vail series, the Heaven and Earth Trilogy, and the Wolf Kingdom quartet, which won the Aurealis Award. He lives in Australia. Visit him at RichardHarland.net.