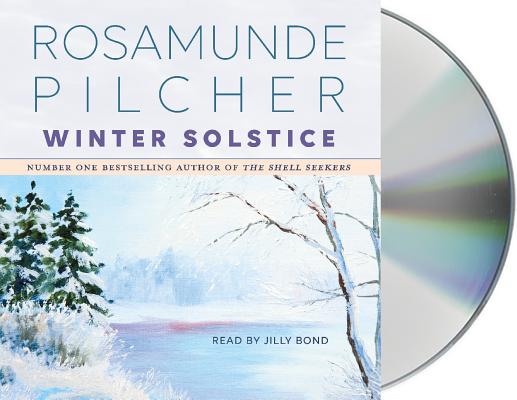 From #1 New York Times bestselling author Rosamunde Pilcher, Winter Solstice is the story of five unforgettable characters, lonely and haunted strangers who find love and loyalty as a reborn family of friends during the Christmas holidays.

Elfrida Phipps, once of London’s stage, moved to the English village of Dibton in hopes of making a new life for herself. Gradually she settled into the comfortable familiarity of village life—shopkeepers knowing her tastes, neighbors calling her by name—still she finds herself lonely.

Carrie returns from Austria at the end of an ill-fated affair with a married man to find her mother and sister sharing a home and squabbling endlessly. With Christmas approaching, Carrie agrees to look after her sister's awkward and quiet teenage daughter, Lucy, so that her mother might enjoy a romantic fling in America.

“[Readers] may find so much enjoyment in Winter Solstice that they’ll want to revisit some of her other books, such as The Shell Seekers and Coming Home.” —USA Today

Rosamunde Pilcher (1924-2019) wrote such worldwide bestselling novels as The Shell Seekers, September, Coming Home, Winter Solstice, and Voices in Summer. Her breakthrough novel, The Shell Seekers, written in her early sixties, sold more than 10 million copies. Pilcher also authored the photographic autobiography, The World of Rosamunde Pilcher. She was an Officer of the Order of the British Empire (OBE) and lived in Dundee, Scotland.