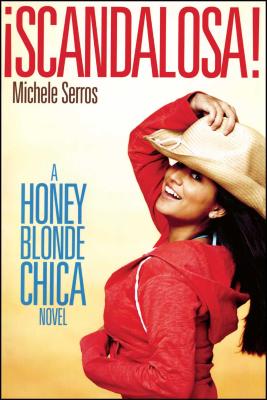 Evie Gomez finally has it all: a sweet boyfriend, two mejor amigas, and an upcoming sixteeñera that's the talk of the school. Qué cool, no?

Too bad reality has a way of ruining things. When her grades start to slip, Evie's parents threaten to cancel her party. The good news? All she has to do is volunteer in the community to raise her grades. The bad news? Since it's the middle of the semester, the best remaining option is working at the Southern California Horse Reserve. Then again...ranchero life? Charros? Maybe things will work out after all.

Or maybe not. Things with boyfriend Alex start to fizzle, party-girl pal Raquel slides down a spiral of boys and booze, Dee Dee -- who only recently re-entered Evie's life -- considers moving back to Mexico City, and to top it all off, Evie's flirting with someone she never expected to like -- ranch hand Arturo (even with his que fugly cowboy boots).

Things can't get más complicated...can they?

Michele Serros was hailed as one of Newsweek's "Women to
Watch for the New Century." She is also the author of Honey Blonde
Chica, Chicana Falsa, and How to Be a Chicana Role Model.
Michele was a featured contributor for the Los Angeles Times
children's fiction section and was a writer for The George Lopez
Show. She is from Oxnard, California. Visit her at www.muchamichele.com.
Visit Evie at www.myspace.com/riochica805.