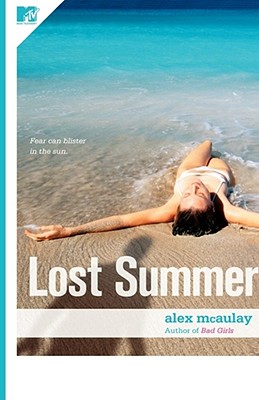 From the author of Bad Girls comes another dramatic novel of survival and suspense. It's Laguna Beach meets Cape Fear when a rich girl from California confronts murder and isolation on North Carolina's stormy Outer Banks.

When Caitlin Ross's mother takes her and her brother to an island in the remote Outer Banks for the summer, Caitlin is furious. She was planning on spending the summer hanging out by the pool, partying, shopping, and singing backup in her boyfriend's band, Box of Flowers. North Carolina isn't anything like California, and Caitlin doesn't fit in. But her troubled mother is too busy popping pills and trying to win back her creepy ex-boyfriend to care.

At first, the only friend Caitlin makes on the desolate island is a local misfit named Danielle. But things start to improve when she meets a bunch of visiting prep school boys and gets swept up in their exciting world. Then, one dark night, she witnesses a murder and begins to suspect that her new friends aren't really her friends at all. With a powerful hurricane approaching, and the island cut off from the outside world, Caitlin has no one to turn to but herself . . . and whether she'll live to see another summer is the biggest mystery of all.

Alex McAulay, author of Bad Girls, Lost Summer, and Oblivion Road, is a graduate of Brown University, and holds a Ph.D. in literature from the University of North Carolina at Chapel Hill. He is also an indie-rock musician who has recorded several albums under the name Charles Douglas.  He currently lives in Los Angeles with his wife, Lisa.  Visit him online at www.alexmcaulay.com.