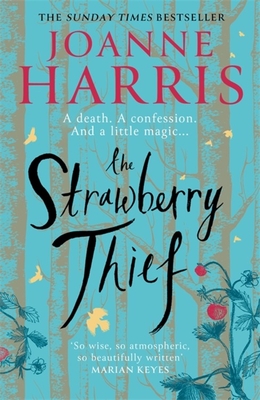 By  Joanne Harris
Paperback
$ 15.99
Order Online (Out of Stock In Store)

'So wise, so atmospheric, so beautifully written' Marian Keyes

A death. A confession. And a little magic...

Vianne Rocher has settled down. Lansquenet-sous-Tannes, the place that once rejected her, has finally become her home. With Rosette, her 'special' child, she runs her chocolate shop in the square, talks to her friends on the river, is part of the community. Even Reynaud, the priest, has become a friend.

But when old Narcisse, the florist, dies, leaving a parcel of land to Rosette and a written confession to Reynaud, the life of the sleepy village is once more thrown into disarray.

The arrival of Narcisse's relatives, the departure of an old friend and the opening of a mysterious new shop in the place of the florist's across the square - one that mirrors the chocolaterie, and has a strange appeal of its own - all seem to herald some kind of change: a confrontation, a turbulence - even, perhaps, a murder...

'The most magical, stunningly beautiful novel . . . I sobbed at the end. Joanne is truly one of the world's finest storytellers' Joanna Cannon

'A place of magic and mysteries, and Harris excels in this delicate balance of realism and enchantment . . . It will intrigue and charm readers every bit as much as Chocolat' Monica Ali

JOANNE HARRIS is an Anglo-French author, whose books include fourteen novels, two cookbooks and many short stories. Her work is extremely diverse, covering aspects of magic realism, suspense, historical fiction, mythology and fantasy. In 2000, her 1999 novel CHOCOLAT was adapted to the screen. She is an honorary Fellow of St Catharine's College, Cambridge, and in 2013 was awarded an MBE by the Queen.