Secret Wisdom: Occult Societies and Arcane Knowledge Through the Ages 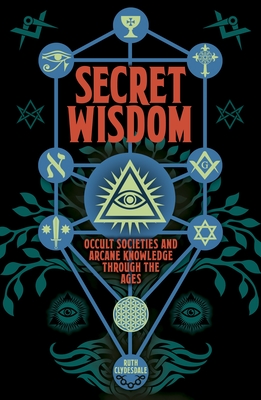 Secret Wisdom: Occult Societies and Arcane Knowledge Through the Ages

Throughout the course of our history, a secret few have sought to acquire profound occult knowledge which reveals the inner truth of our existence.

From the Mystery cults of Ancient Greece to the Persian knowledge of astrology, Secret Wisdom is an exhilarating exploration of two and a half millennia of occult practices. Learn about the hidden messages in Renaissance art, the alchemy practices of Issac Newton and secret societies which passed on spiritual rites including the Freemasons, Rosicrucians, Theosophists and the Golden Dawn. New light is shone on well-known historical figures and the part they played in the global quest for divine understanding including: - John Dee, Elizabeth I's magician
- Aleister Crowley, the English occultist
- Poets William Blake and William Butler Yeats
- Dante, the Italian writer and philosopher Featuring photographs and illustrations which breath life into ancient beliefs, this book is a marvelous journey to discover the most arcane of wisdom.

Ruth Clydesdale (M.A, D.F.Astrol.S.) is a writer and astrologer, specialising in esoteric art history. She has published articles in journals in both the UK and the USA on various aspects of art, religion and philosophy. Ruth has lectured on the Renaissance philosopher Marsilio Ficino, as well as running seminars on the philosophy of astrology and the esoteric meanings of the planet Mercury. She teaches further education classes on the history of Renaissance art, and she has also conducted lecture tours of the National Gallery in London, highlighting cosmic symbolism in Renaissance paintings.