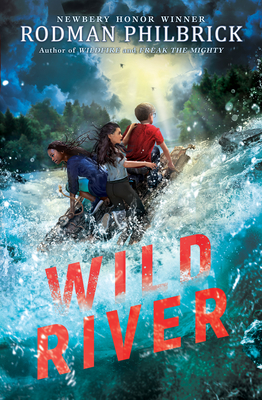 Daniel Redmayne is fast asleep on the first night of a white water rafting trip, when he's awoken by screams. The dam has failed. The river is surging, and their camp will be under water in a matter of moments.

As the shrieking roar of the river rushes closer, the kids scramble to higher ground. They make it; their counselors do not.

Now they're on their own, with barely any food or supplies, in the middle of the Montana wilderness. Do Daniel and his four classmates have what it takes to stay alive until they can get rescued? Alone in the wild, they forge powerful bonds -- but develop dangerous disagreements. If nature doesn't break them, they might just destroy each other.

This gripping survival story from the Newbery Honor author of Wildfire is filled with adrenaline-pumping adventure and moments of true bravery.

Newbery Honor author Rodman Philbrick has written more than a dozen novels for young readers. In 1993, he published his first children's book, Freak the Mighty, which became an instant classic, and was made into a feature film. The Mostly True Adventures of Homer P. Figg was a 2010 Newbery Honor Book. Philbrick's other acclaimed novels include Max the Mighty, The Young Man and the Sea, The Last Book in the Universe, Zane and the Hurricane, and Wildfire. Philbrick divides his time between Maine and the Florida Keys. You can learn more about him on his website: rodmanphilbrick.com.