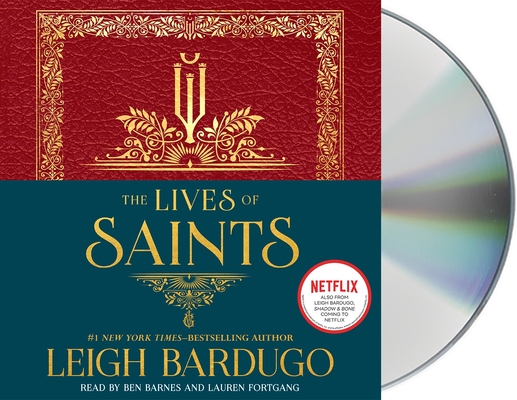 Bestselling author Leigh Bardugo takes listeners deeper into her world than ever before. Out of the pages of the Shadow and Bone Trilogy, from the hands of Alina Starkov to yours, the Istorii Sankt’ya is fully realized for the first time.

These tales include miracles and martyrdoms from familiar Saints like Sankta Lizabeta of the Roses and Sankt Ilya in Chains, to the strange and obscure stories of Sankta Ursula, Sankta Maradi, and the Starless Saint. This enthralling collection includes a bonus PDF of stunning full-color illustrationsof each story.

Leigh Bardugo is a #1 New York Times–bestselling author of fantasy novels and the creator of the Grishaverse, which spans the Shadow and Bone Trilogy, the Six of Crows Duology, The Language of Thorns, and the King of Scars Duology. Her other works include Wonder Woman: Warbringer and Ninth House.


A Macmillan Audio production from Imprint

Daniel J. Zollinger is an award-winning illustrator and painter. Born in Glens Falls, New York, and raised in Schenectady, he later earned his degree in art from the Art Institute of Pittsburgh. Dan cut his teeth as a Madison Avenue storyboard artist before transitioning to editorial illustration. His list of publications include The New York Times, The Washington Post, and Esquire magazine. Zollinger has had several one-man and group shows as a painter, and currently focuses on book illustration and painting. He is the illustrator of The Lives of the Saints. He resides in Holly Springs, North Carolina, with his lovely wife, Karen.