The Secret Bridesmaid: A Novel 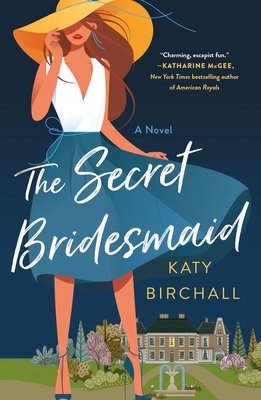 The Secret Bridesmaid: A Novel

By  Katy Birchall
Paperback
$ 16.99
Out of Stock In Store (Available to Order)

Matrimony meets mayhem in a modern British romcom about a young woman charged with pulling off the biggest aristocratic wedding of the year––and the misadventures that ensue.

Sophie Breeze is a brilliant bridesmaid. So brilliant, in fact, that she’s made it her full-time job.

As a professional bridesmaid, Sophie is hired by London brides to be their right-hand woman, posing as a friend but working behind the scenes to help plan the perfect wedding and ensure their big day goes off without a hitch. When she’s hired by Lady Victoria Swann––a former model and “It Girl" of 1970’s London; now the Marchioness of Meade––for the society wedding of the year, it should be a chance for Sophie to prove just how talented she is.

Of course, it’s not ideal that the bride, Lady Victoria’s daughter, Cordelia, is an absolute diva and determined to make Sophie’s life a nightmare. It’s also a bit inconvenient that Sophie finds herself drawn to Cordelia’s posh older brother, who is absolutely off limits. But when a rival society wedding is announced for the very same day, things start to get…well, complicated.

Can Sophie pull off the biggest challenge of her career––execute a high-profile gala for four hundred and fifty guests in record time, win over a reluctant bride, and catch the eye of handsome Lord Swann––all while keeping her true identity a secret, and her dignity intact?

Heartwarming and hilarious, Katy Birchall's The Secret Bridesmaid celebrates the joys (and foibles) of weddings, the nuances of female friendship, and the redeeming power of love in its many unexpected forms.

Katy Birchall is the author of numerous books for young readers, and the former Deputy Features Editor of Country Life magazine. The Secret Bridesmaid is her first adult novel and her American debut. She studied English Literature at the University of Manchester and currently lives in London.