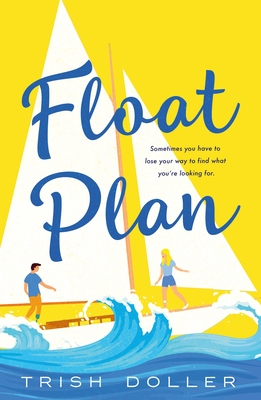 By  Trish Doller
Paperback
$ 16.99
Pre-Order (Not Yet Available)

Since the loss of her fiancé, Anna has been shipwrecked by grief—until a reminder goes off about a trip they were supposed to take together. Impulsively, Anna goes to sea in their sailboat, intending to complete the voyage alone.

But after a treacherous night’s sail, she realizes she can’t do it by herself and hires Keane, a professional sailor, to help. Much like Anna, Keane is struggling with a very different future than the one he had planned. As romance rises with the tide, they discover that it’s never too late to chart a new course.

TRISH DOLLER is the author of novels for teens and adults about love, life, and finding your place in the world. A former journalist and radio personality, Trish has written several YA novels, including the critically acclaimed Something Like Normal, as well as Float Plan, her adult women's fiction debut. When she's not writing, Trish loves sailing, traveling, and avoiding housework. She lives in southwest Florida with an opinionated herding dog and an ex-pirate.