Better Together: A Novel 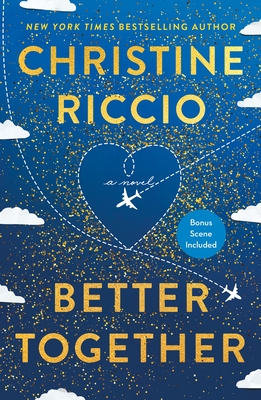 Better Together: A Novel

By  Christine Riccio
Paperback
$ 11.99
Pre-Order (Not Yet Published)

The Holiday meets The Parent Trap in this clever YA comedic whirlwind brimming with romance, and just a touch of magic, Christine Riccio's Better Together

Estranged sisters Jamie and Siri are quarter-life crisis-ing: hard. With adulthood breathing down their necks, suddenly their promising career aspirations feel way out of reach, and romance — completely implausible.

After thirteen years apart, on opposite coasts, the sisters run into each other at a nature retreat. Desperate for a change of pace, they decide to go home in each other’s stead to see how the other half lives.

It doesn't take long to realize swapping lives might be more than they bargained for. Turns out, pretending to be a sister you hardly know can really complicate your previously non-existent love life. Navigating their new surroundings proves to be a precarious task, but turns out there’s no better way to learn about yourself than by trying to live as someone else.

Christine Riccio is the New York Times bestselling author of Again, But Better. She’s been on a quest to encourage more humans to read since the third grade. Her YouTube channel PolandbananasBOOKS has over 410,000 book-loving subscribers. She makes comedic book reviews, vlogs, sketches, and writing videos chronicling the creation of her own novels. She’s also one of the three YouTubers behind BOOKSPLOSION—YouTube’s longest-running book club. She graduated from Boston University in 2012 with a degree in Film and TV and now lives in Los Angeles, CA.