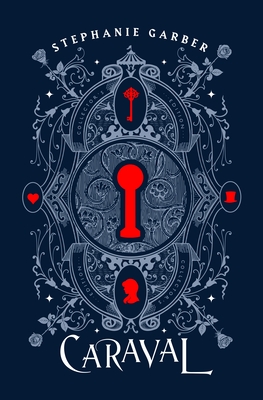 By  Stephanie Garber
$ 35.00
Out of Stock In Store (Available to Order)

This must-have, deluxe collectible edition of the first book in the #1 bestselling series has new art, a slipcase, and bonus content including a scene from Julian’s point of view, the original ending, Stephanie Garber’s writing journals, and a sneak peek at the next book set in the world of Caraval!

Scarlett has never left the tiny island where she and her beloved sister, Tella, live with their powerful, and cruel, father. Now Scarlett’s father has arranged a marriage for her, and Scarlett thinks her dreams of seeing Caraval, the far-away, once-a-year performance where the audience participates in the show, are over.

But this year, Scarlett’s long-dreamt of invitation finally arrives. With the help of a mysterious sailor, Tella whisks Scarlett away to the show. Only, as soon as they arrive, Tella is kidnapped by Caraval’s mastermind organizer, Legend. It turns out that this season’s Caraval revolves around Tella, and whoever finds her first is the winner.

Scarlett has been told that everything that happens during Caraval is only an elaborate performance. But she nevertheless becomes enmeshed in a game of love, heartbreak, and magic with the other players in the game. And whether Caraval is real or not, she must find Tella before the five nights of the game are over, a dangerous domino effect of consequences is set off, and her sister disappears forever.

Welcome, welcome to Caraval . . . beware of getting swept too far away.

Stephanie Garber loves Disneyland because it’s the one place on earth where she feels as if the fantastical stories she loves to write about could actually come to life. She is the #1 New York Times and internationally bestselling author of the Caraval series and Once Upon a Broken Heart. Her work has been translated into over thirty languages.