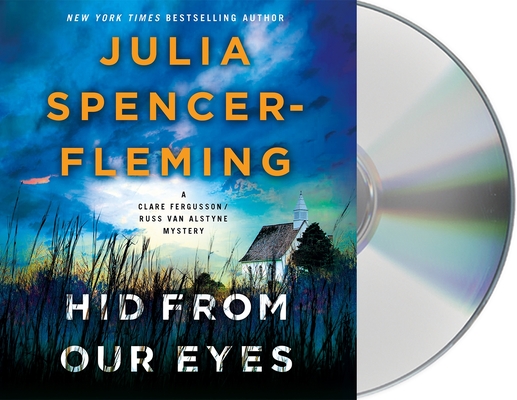 By  Julia Spencer-Fleming , Read by  Suzanne Toren
CD-Audio
$ 52.99
Out of Stock In Store (Click to Order)

This program includes a bonus conversation with the author

1952. Millers Kill Police Chief Harry McNeil is called to a crime scene where a woman in a party dress has been murdered with no obvious cause of death.

1972. Millers Kill Police Chief Jack Liddle is called to a murder scene of a woman that's very similar to one he worked as a trooper in the 50s. The only difference is this time, they have a suspect. Young Vietnam War veteran Russ van Alstyne found the body while riding his motorcycle and is quickly pegged as the prime focus of the investigation.

Present-day. Millers Kill Police Chief Russ van Alstyne gets a 911 call that a young woman has been found dead in a party dress, the same MO as the crime he was accused of in the 70s. The pressure is on for Russ to solve the murder before he's removed from the case.

Russ will enlist the help of his police squad and Reverend Clare Fergusson, who is already juggling the tasks of being a new mother to her and Russ's baby and running St. Alban's Church, to finally solve these crimes.

Listeners have waited years for this newest book and Julia Spencer-Fleming delivers with the exquisite skill and craftsmanship that have made her such a success.

Suzanne Toren has over 30 years of experience in recording.  She won the American Foundation for the Blind's Scourby Award for Narrator of the Year in 1988, and AudioFile magazine named her the 2009 Best Voice in Nonfiction & Culture.  She is also the recipient of multiple Earphones Awards. Her many credits include works by Jane Smiley, Margaret Weis, Jerry Spinelli, Barbara Kingsolver, and Cynthia Rylant. AudioFile also raves, “Toren brings a distinguishing warmth and power to her narrations. Her talents extend to both fiction and nonfiction, and in her recording career of 30-plus years she has given listeners heart-wrenching memoirs, lively history, engaging light fiction, and involving mysteries.” Toren also performs on and off-Broadway and in regional theatres.