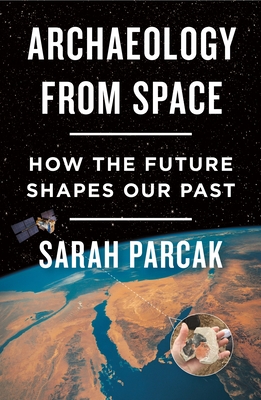 "A crash course in the amazing new science of space archaeology that only Sarah Parcak can give. This book will awaken the explorer in all of us." —Chris Anderson, Head of TED

National Geographic Fellow and TED Prize–winner Sarah Parcak pioneers the young field of satellite archaeology, using futuristic tools to unlock secrets from the past and transform how discoveries are made. As an archaeologist, she has worked on remote sensing projects across twelve countries and four continents, using multispectral and high-resolution satellite imagery analysis to identify thousands of potential archaeological sites. These include previously unknown settlements, roads, fortresses, palaces, tombs, and even potential pyramids. She presently directs major crowdsourcing efforts to map ancient civilizations across Peru and India.

In Archaeology from Space, Sarah describes the field’s evolution, major discoveries, and future potential. From surprise advancements after the declassification of spy photography, to a new map of the mythical Egyptian city of Tanis, she shares her field’s biggest discoveries, revealing why space archaeology is not only exciting but also essential to the preservation of the world’s ancient treasures for future generations.

Sarah’s stories take readers back in time and across borders, into the day-to-day lives of ancient humans who displayed grit, ingenuity, and brilliance across the millennia. We share those same traits, and those same underlying genes. If we heed the lessons of the past, we can shape a vibrant future.

Sarah Parcak is a professor of anthropology at the University of Alabama at Birmingham, CEO of GlobalXplorer, and director of the Joint Mission to Lisht (Egypt). Her remote sensing work has been the focus of three BBC specials covering Egypt, ancient Rome, and the Vikings. She is a Fellow in the Society of Antiquaries, a 2014 TED Senior Fellow, the winner of the 2016 TED Prize, and a National Geographic Fellow.