The Right Sort of Man: A Sparks & Bainbridge Mystery 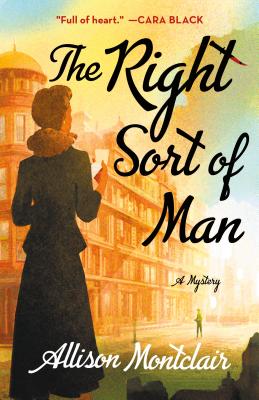 The Right Sort of Man: A Sparks & Bainbridge Mystery

"A delightful immersion in the period and personalities, with that touch of depth that transforms a good series to a great one." —Laurie R. King

In a London slowly recovering from World War II, two very different women join forces to launch a business venture in the heart of Mayfair—The Right Sort Marriage Bureau. Miss Iris Sparks, quick-witted and impulsive, and Mrs. Gwendolyn Bainbridge, practical and widowed with a young son, are determined to achieve some independence and do some good in a rapidly changing world.

But the promising start to their marriage bureau is threatened when their newest client, Tillie La Salle, is found murdered and the man arrested for the crime is the prospective husband they matched her with. While the police are convinced they have their man, Miss Sparks and Mrs. Bainbridge are not. To clear his name—and to rescue their fledging operation’s reputation—Sparks and Bainbridge decide to investigate on their own, using the skills and contacts they’ve each acquired through life and their individual adventures during the recent war.

Little do they know that this will put their very lives at risk.

ALLISON MONTCLAIR grew up devouring hand-me-down Agatha Christie paperbacks and James Bond movies. As a result of this deplorable upbringing, Montclair became addicted to tales of crime, intrigue, and espionage. She now spends her spare time poking through the corners, nooks, and crannies of history, searching for the odd mysterious bits and transforming them into novels of her own. The Right Sort of Man is her debut novel.