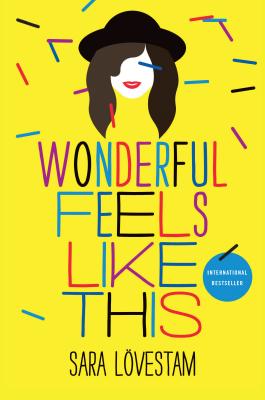 Sara Lovestam's Wonderful Feels Like This is “a coming-of-age tale of a young artist and is as soulful as it is triumphant” (SLJ) that celebrates being a little bit odd, finding your people, and the power of music to connect us

For Steffi, going to school everyday is an exercise in survival. She's never fit in with any of the groups at school, and she's viciously teased by the other girls in her class. The only way she escapes is through her music—especially jazz music.

When Steffi hears her favorite jazz song playing through an open window of a retirement home on her walk home from school, she decides to go in and introduce herself.

The old man playing her favorite song is Alvar. When Alvar was a teenager in World War II Sweden, he dreamed of being in a real jazz band. Then and now, Alvar's escape is music—especially jazz music.

Through their unconventional but powerful friendship, Steffi comes to realize that she won't always be stuck and lonely in her town. She can go to music school in Stockholm. She can be a real musician. She can be a jitterbug, just like Alvar.

But how can Steffi convince her parents to let her go to Stockholm to audition? And how it that Steffi's school, the retirement home, the music, and even Steffi's worst bully are somehow all connected to Alvar? Can it be that the people least like us are the ones we need to help us tell our own stories?

"Empathy, identity, and the transformative power of music bind this tale of an atypical friendship between a teenage outcast and a jazz musician."
—Publishers Weekly, starred review

Sara Lövestam is a Swedish novelist, born in 1980 and living in Stockholm. She writes in many genres — historical novels, Y/A, crime — but her books all deal with deeply human struggles, such as challenging perspectives, dealing with alienation, and being true to oneself. Lövestam worked for many years as a Swedish teacher for immigrants, and says a lot of her inspiration comes from her students. She enjoys music, carpentry, and learning new languages.