In the Age of Love and Chocolate: A Novel (Birthright #3) 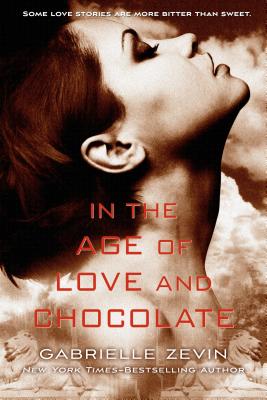 In the Age of Love and Chocolate: A Novel (Birthright #3)

By  Gabrielle Zevin
Paperback
$ 15.99
Order Online (Out of Stock In Store)

All These Things I've Done, the first novel in the Birthright series, introduced us to timeless heroine Anya Balanchine, a plucky sixteen-year-old with the heart of a girl and the responsibilities of a grown woman. Now eighteen, life has been more bitter than sweet for Anya. She has lost her parents and her grandmother, and has spent the better part of her high school years in trouble with the law. Perhaps hardest of all, her decision to open a nightclub with her old nemesis Charles Delacroix has cost Anya her relationship with Win.

Still, it is Anya's nature to soldier on. She puts the loss of Win behind her and focuses on her work. Against the odds, the nightclub becomes an enormous success, and Anya feels like she is on her way and that nothing will ever go wrong for her again. But after a terrible misjudgment leaves Anya fighting for her life, she is forced to reckon with her choices and to let people help her for the first time in her life.

In the Age of Love and Chocolate is the story of growing up and learning what love really is. It showcases the best of Gabrielle Zevin's writing for young adults: the intricate characterization of Memoirs of a Teenage Amnesiac and the big-heartedness of Elsewhere. It will make you remember why you loved her writing in the first place.

Gabrielle Zevin is the author of many popular books for teens, including Elsewhere, Memoirs of a Teenage Amnesiac, and In the Age of Love and Chocolate, the final novel in the Birthright trilogy. Her novels for adults are Margarettown, The Hole We’re In, and the forthcoming The Storied Life of A.J. Fikry. She was also the screenwriter for Conversations with Other Women, for which she received an Independent Spirit Award nomination. Zevin is a graduate of Harvard University. After many years on Manhattan’s Upper West Side, she recently moved to Silver Lake, Los Angeles.