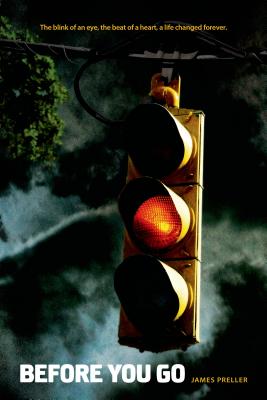 The summer before his senior year, Jude (yes, he's named after the Beatles song) gets his first job, falls in love for the first time, and starts to break away from his parents. Jude's house is kept dark, and no one talks much—it's been that way since his little sister drowned in a swimming pool seven years ago when Jude was supposed to be watching her.

Now, Jude is finally, finally starting to live. Really live. And then, life spins out of control. Again.

James Preller is the author of the popular Jigsaw Jones mystery books, which have sold more than 10 million copies since 1998. He is also the author of Bystander, named a 2009 Junior Library Guild Selection, Six Innings, an ALA Notable Book, and Mighty Casey, his own twist on the classic poem, “Casey at the Bat.” In addition to writing full-time, Preller plays in a men’s hardball league and coaches Little League. He compares coaching kids to “trying to hold the attention of a herd of earthworms.” He lives in Delmar, New York with his wife, three children, cats and dog.