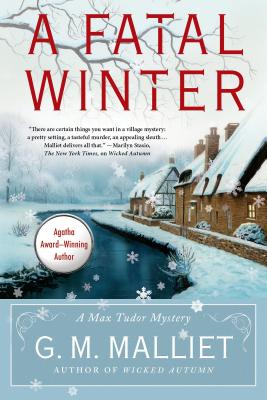 "There are certain things you want in a village mystery: a pretty setting, a tasteful murder, an appealing sleuth . . . Malliet delivers all that." —Marilyn Stasio, The New York Times

In A Fatal Winter, Max—Anglican priest, former MI5 agent, and village heartthrob—investigates two deaths at Chedrow Castle. But his growing attraction to Awena Owen complicates his case, as does the recent arrival at Chedrow Castle of a raucous group of long-lost, greedy relatives, any one of whom has a motive for murder. With a cozy setting, intricate puzzles, and a handsome (non-celibate) priest doing the sleuthing, the books in this series are destined to become instant classics in the mystery world.