Land's End: A Walk in Provincetown 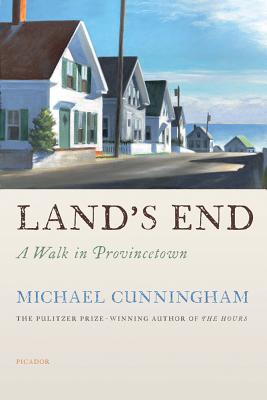 Land's End: A Walk in Provincetown

By  Michael Cunningham
$ 16.00
Out of Stock In Store (Available to Order)

"Cunningham's short book is a haunting, beautiful piece of work. . . . A magnificent work of art." -The Washington Post

"Easily read on a plane-and-ferry journey from here to the sandy, tide-washed tip of Cape Cod, Massachusetts, Land's End is that most perfect of companions: slender, eloquent, enriching, and fun. . . . A casually lovely ode to Provincetown." -The Minneapolis Star Tribune

"Cunningham rambles through Provincetown, gracefully exploring the unusual geography, contrasting seasons, long history, and rich stew of gay and straight, Yankee and Portuguese, old-timer and 'washashore' that flavors Cape Cod's outermost town. . . . Chock-full of luminous descriptions . . . . He's hip to its studied theatricality, ever-encroaching gentrification and physical fragility, and he can joke about its foibles and mourn its losses with equal aplomb." -Chicago Tribune

"A homage to the 'city of sand'. . . Filled with finely crafted sentences and poetic images that capture with equal clarity the mundanities of the A&P and Provincetown's magical shadows and light . . . Highly evocative and honest. It takes you there." -The Boston Globe

MICHAEL CUNNINGHAM is the author of the novels A Home at the End of the World, Flesh and Blood, Specimen Days, By Nightfall, and The Snow Queen, as well as the collection A Wild Swan and Other Tales, and the nonfiction book Land’s End: A Walk in Provincetown. He is the recipient of a Whiting Award and a Guggenheim Fellowship, and his work has appeared in The New Yorkerand The Best American Short Stories. The Hours was a New York Times bestseller, and the winner of both the PEN/Faulkner Award and the Pulitzer Prize. Raised in Los Angeles, Michael Cunningham lives in New York City, and is a senior lecturer at Yale University.