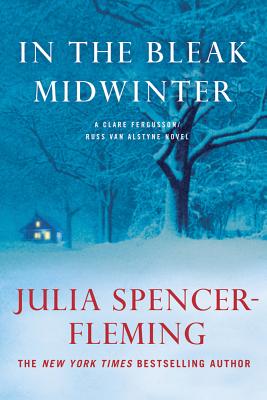 By  Julia Spencer-Fleming
Paperback
$ 17.99
Out of Stock

It's a cold, snowy December in the upstate New York town of Millers Kill, and newly ordained Clare Fergusson is on thin ice as the first female priest of its small Episcopal church. The ancient regime running the parish covertly demands that she prove herself as a leader. However, her blunt manner, honed by years as an army pilot, is meeting with a chilly reception from some members of her congregation and Chief of Police Russ Van Alystyne, in particular, doesn't know what to make of her, or how to address "a lady priest" for that matter.

The last thing she needs is trouble, but that is exactly what she finds. When a newborn baby is abandoned on the church stairs and a young mother is brutally murdered, Clare has to pick her way through the secrets and silence that shadow that town like the ever-present Adirondack mountains. As the days dwindle down and the attraction between the avowed priest and the married police chief grows, Clare will need all her faith, tenacity, and courage to stand fast against a killer's icy heart.

In the Bleak Midwinter is one of the most outstanding Malice Domestic winners the contest has seen. The compelling atmosphere-the kind of very cold and snowy winter that is typical of upstate New York-will make you reach for another sweater. The characters are fully and believably drawn and you will feel like they are your old friends and find yourself rooting for them every step of the way.