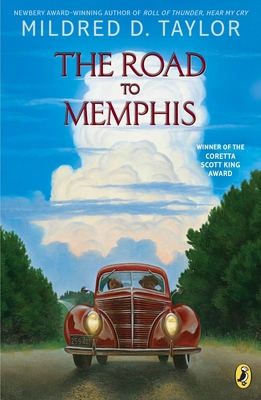 By  Mildred D. Taylor
Paperback
$ 9.99
Out of Stock In Store (Available to Order)

As America hovers on the brink of war, seventeen year-old Cassie Logan fights a battle closer to home. She dreams of college and law school. But no amount of schooling can prepare her for the violent explosion that takes place when her friend Moe lashes out at his white tormentors--an action unheard of in Mississippi as the country prepares for World War II. Moe will be in even greater danger if he stays in town, so it is up to Cassie, her brother, and their friends to accompany Moe on the road to Memphis--and to safety.

Kadir Nelson (www.kadirnelson.com) is a two-time Caldecott Honor Award recipient. He has received an NAACP Image Award, a CASEY Award, the 2009 and 2014 Coretta Scott King Author Award, and the 2009 Robert F. Sibert Informational Book Award. Among Mr. Nelson's other awards are gold and silver medals from the Society of Illustrators. His work has appeared in The New York Times, Sports Illustrated, and The New Yorker. He lives in Los Angeles.