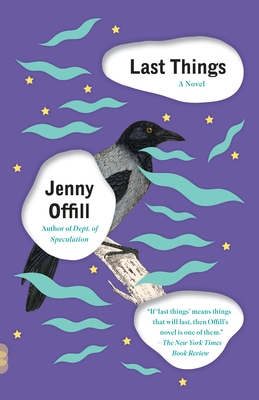 To eight-year-old Grace Davitt, the world is full of strange wonders. Through the eyes of her mother, Anna—an ornithologist who speaks five languages—their small lakeside town in Vermont becomes a glittering mystery filled with secret tongues, monsters in the lake, and birthday parties for the Earth. Anna’s untamed spirit stands in sharp contrast to that of Grace’s father, a chemistry teacher who examines his surroundings through the lens of rationalism and order. As Grace’s family begins to fall apart and she finds that she must choose between her parents, her conflicting loyalties take her on a remarkable journey that spans all corners of the country—and of her own boundless imagination.

Jenny Offill is the author of two novels, Dept. of Speculation, which was chosen as one of the ten best books of the year by The New York Times, and Last Things, which was a New York Times Notable Book and a finalist for the Los Angeles Times First Book Award. She teaches in the writing programs at Queens University, Brooklyn College, and Columbia University.