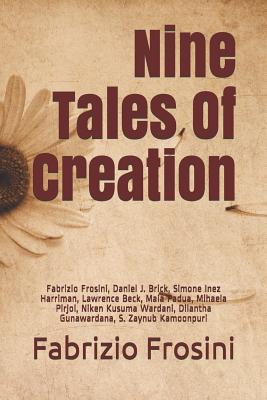 By way of introduction to this collection of the planet's poetry, I have highlighted four GEMS OF POETRY to share with our readers. Each of these gems shines its own light on the publication from DJB's introduction].. Come & join us and you'll discover what these gems are..This is the second Anthology of Poetry, after "At The Crossing Of Seven Winds", published with the participation of poets from different parts of the world. In his Introduction to this book, my Minnesotan friend Daniel Brick highlights what he calls "four gems of poetry".The first gem is: The poetry is relevant and accessible at every stage of our lives.The second gem is really a question: How do I know I am a poet? This is a vexed question, and can cause prospective poets considerable confusion. Do you patiently wait for the State's Poet Laureate to call you some morning, "Jeremy, the Governor is going to confer Poethood on you at a press conference at 10 am. Be there "; or do a group of public officials draw up a list and announce them on the radio.. Would such an official affair convince you that you are indeed a poet? Perhaps you need a diploma. You could pay a Writing School on a University campus $3000 and receive an official diploma. Would that give you the necessary knowledge, confidence and experience to exercise your Poethood? Believe me when I tell you it is much simpler than all of the above. The word POET means MAKER in ancient Greek, and just as poets make poems, poets make themselves into poets, and then announce they have assumed the role. - And a poet's role could be an important one: think about.. as..] - Every culture appears to have at least one very crucial poet whom everyone recognizes as representative. In medieval Europe, people would open Virgil's Aeneid at random, someone else would throw out a number, and the one holding the volume would go to that numbered line and that word on the page, read it out loud and the group would draw conclusions from what the nearly divine Virgil had revealed to them. Is it any surprise then that Dante made Virgil his guide through Hell, Limbo and Purgatory? Well.. "NINE TALES OF CREATION" contains poems by nine contemporary poets, all of whom are engaged with poetry as a way of making sense of the world and its people and places. You can wrap your mind around our volume and take in the particular points of view offered on a variety of subjects. You can't go wrong in the company of nine sincere and committed poets. As you read our poems, your mind will expand, grow more subtle, be inspired To know about the 3rd and 4th gem, just read the book...;)