Skyline 2018: An Anthology of Prose and Poetry by Central Virginia Writers 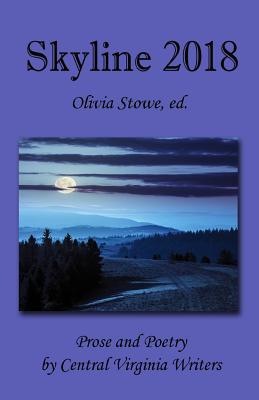 Skyline 2018: An Anthology of Prose and Poetry by Central Virginia Writers

Skyline 2018, the fifth in a series of annual publisher's anthologies produced by Cyberworld Publishing, showcases the prose and poetry talents of writers who live or work in Central Virginia or otherwise have writing connections to the region. The theme for this edition and this year's Skyline writing contest is "nighttime on the mountain," which some invited authors and poets have also adopted as the setting of their pieces. There otherwise is no overarching theme for the short stories, poems, and essays in this anthology, however, so each can be discovered and appreciated on its own context and merits. Nearly half of the works found here won or placed in various Virginia regional and statewide writing contests between September 2016 and September 2017.

The anthology is made up of fifty-five works by twenty-seven authors, presented in four sections: fiction (fourteen short stories), poetry (twenty-nine poems), nonfiction (eight essays), and, since this is a writer's anthology, a section on writing and publishing (three essays and one poem). Nearly half of the authors here are represented by more than one work and in varied media to showcase their writing skills.

Each edition of Skyline has lifted a featured writer or poet for recognition in addition to the works of invited established authors and contest judges, which are placed at the top of category sections. Skyline 2018 features and celebrates three male poets: Stanley A. Galloway, David Black, and Jack Trammell.