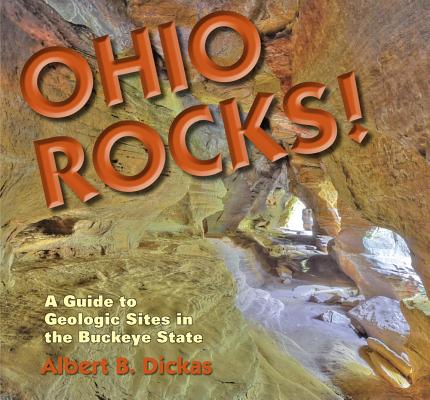 Ohio was born billions of years ago, during a time when ancient minicontinents crystallized and then merged into larger continents. Its youth was marked by the coming and going of oceans and the advent of life from ocean to land. The Buckeye State matured when ice sheets scoured its landscape. This storyline is writ large and small in Ohio�s rocks, from its flat till plains to the rumpled and hollowed landscape of the Appalachian Plateau.
In Ohio Rocks , skilled writer and geologist Albert Dickas takes you to some of the state�s most interesting geologic chapters. At Blackhand Gorge the sandy deposits of an ancient sea were cut and sculpted by glacial meltwater. In Scioto County you can trace the margins of a ghost river that flowed before the ice ages. And you can visit the historic Buckeye Furnace, which produced enough pig iron to make Ohio an industrial giant in the nineteenth century.
Color photos, maps, and figures compliment the text and further elucidate the geology within the rocks. Ohio Rocks is the third book in the state-by-state Geology Rocks series, which introduces readers to some of the most compelling and accessible geologic sites in each state.