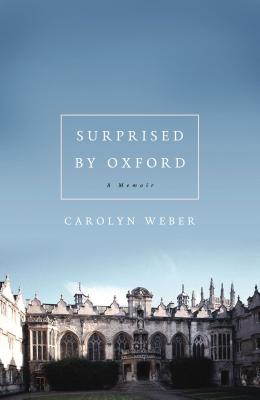 By  Carolyn Weber
Paperback
$ 15.99
Out of Stock In Store (Available to Order)

Carolyn Weber arrives at Oxford a feminist from a loving but broken family, suspicious of men and intellectually hostile to all things religious. As she grapples with her God-shaped void alongside the friends, classmates, and professors she meets, she tackles big questions in search of Truth, love, and a life that matters.

From issues of fatherhood, feminism, doubt, doctrine, and love, Weber explores the intricacies of coming to faith with an aching honesty and insight echoing that of the poets and writers she studied. Rich with illustration and literary references, Surprised by Oxford is at once gritty and lyrical; both humorous and spiritually perceptive. This savvy, credible account of Christian conversion and its after-effects follows the Oxford liturgical calendar as it entertains, informs, and promises to engage even the most skeptical and unlikely reader.

Surprised by Oxford is the memoir of a skeptical agnostic who comes to a dynamic personal faith in God during graduate studies in literature at Oxford University.