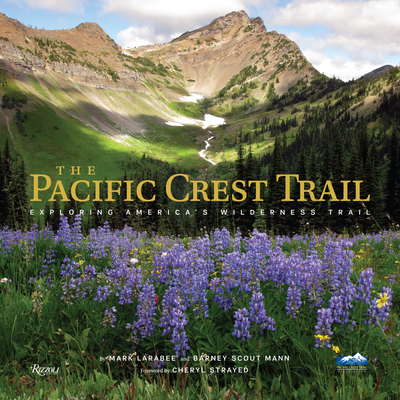 By  Mark Larabee , Barney Scout Mann , Foreword by  Cheryl Strayed
$ 55.00
Out of Stock In Store (Click to Order)

Following the successful The Appalachian Trail, and New York Times bestseller America's Great Hiking Trails, this is the official book on one of America's most iconic hiking trails, and is published in conjunction with the Pacific Crest Trail Association. With a foreword by Cheryl Strayed, maps, rarely seen archival photos and historical ephemera, and stunning contemporary photography, this photo- and information-packed book is an inspirational bucket list for everyone who wants to get out on the trail--from day hiker to thru-hiker.

This official book celebrates the history, beauty, and importance of the West Coast’s most iconic hiking trail. Designated as one of the first two national scenic trails in 1968, the Pacific Crest Trail is a continuous footpath of more than 2,650 miles—from the Mexican border to the Canadian border through California, Oregon, and Washington. Hikers from all over the world are drawn to this trail to experience true American wilderness and to challenge themselves—whether for two miles or two thousand. The only illustrated book officially published with the Pacific Crest Trail Association, The Pacific Crest Trail explores this legendary footpath with more than 250 spectacular contemporary images, unpublished historical photos and documents from the PCTA archives, and even the official trail map folded into an inside pocket. This book is perfect for anyone interested in conservation, outdoor recreation, and for all those who dream of one day becoming thru-hikers themselves.

Barney Scout Mann is a freelance writer whose articles have appeared in Backpacker, the Oregonian, and the PCT Communicator. He served as chair of the Pacific Crest Trail Association’s board of directors from 2012 to 2015. His first hike on the PCT was in 1965, and he thru-hiked the PCT in 2007.

Cheryl Strayed is the author of the No. 1 New York Times best-selling memoir Wild.