The Rain in Portugal: Poems 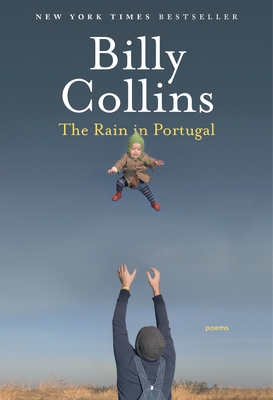 The Rain in Portugal: Poems

By  Billy Collins
Paperback
$ 16.00
Out of Stock In Store (Click to Order)

The Rain in Portugal—a title that admits he’s not much of a rhymer—sheds Collins’s ironic light on such subjects as travel and art, cats and dogs, loneliness and love, beauty and death. His tones range from the whimsical—“the dogs of Minneapolis . . . / have no idea they’re in Minneapolis”—to the elegiac in a reaction to the death of Seamus Heaney. A student of the everyday, Collins here contemplates a weather vane, a still life painting, the calendar, and a child lost at a beach. His imaginative fabrications have Shakespeare flying comfortably in first class and Keith Richards supporting the globe on his head. By turns entertaining, engaging, and enlightening, The Rain in Portugal amounts to another chorus of poems from one of the most respected and familiar voices in the world of American poetry.

Praise for The Rain in Portugal

“Nothing in Billy Collins’s twelfth book . . . is exactly what readers might expect, and that’s the charm of this collection.”—The Washington Post

“This new collection shows [Collins] at his finest. . . . Certain to please his large readership and a good place for readers new to Collins to begin.”—Library Journal

Billy Collins is the author of twelve collections of poetry including The Rain in Portugal, Aimless Love, Horoscopes for the Dead, Ballistics, The Trouble with Poetry, Nine Horses, Sailing Alone Around the Room, Questions About Angels, The Art of Drowning, and Picnic, Lightning. He is also the editor of Poetry 180: A Turning Back to Poetry, 180 More: Extraordinary Poems for Every Day, and Bright Wings: An Illustrated Anthology of Poems About Birds. A former Distinguished Professor at Lehman College of the City University of New York, Collins served as Poet Laureate of the United States from 2001 to 2003 and as New York State Poet from 2004 to 2006. In 2016 he was inducted into the American Academy of Arts and Letters. He lives in Florida with his wife Suzannah.