God Help the Child: A novel 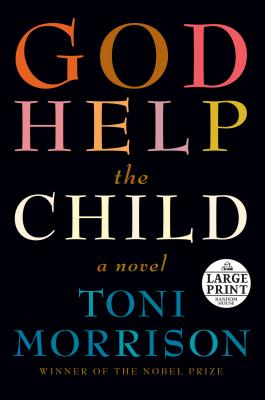 God Help the Child: A novel

NATIONAL BESTSELLER • A New York Times Notable Book • This fiery and provocative novel from the acclaimed Nobel Prize winner weaves a tale about the way the sufferings of childhood can shape, and misshape, the life of the adult.

At the center: a young woman who calls herself Bride, whose stunning blue-black skin is only one element of her beauty, her boldness and confidence, her success in life, but which caused her light-skinned mother to deny her even the simplest forms of love. There is Booker, the man Bride loves, and loses to anger. Rain, the mysterious white child with whom she crosses paths. And finally, Bride’s mother herself, Sweetness, who takes a lifetime to come to understand that “what you do to children matters. And they might never forget.”

TONI MORRISON is the author of eleven novels, from The Bluest Eye (1970) to Home (2012). She has received the National Book Critics Circle Award and the Pulitzer Prize. In 1993 she was awarded the Nobel Prize in Literature. She lives in New York.