Accompanied by Angels: Poems of the Incarnation 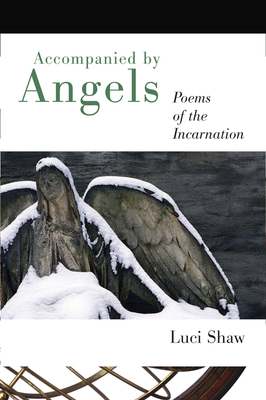 Accompanied by Angels: Poems of the Incarnation

From the time she was a child in Toronto, celebrated poet Luci Shaw has sent Advent greetings to her friends and family with a carefully crafted original poem. What began as a simple childhood exercise has now become a beloved annual tradition. Though a number of these poems have appeared elsewhere, Accompanied by Angels gathers all of them for the first time into a collection for all readers for any season of the year.Beginning with the joy, terror, and wonder of the annunciation, Shaw leads the reader on a poetic journey through the birth, life, and death of Jesus the Christ, culminating in the joyous and unexpected wonder of his resurrection. Her subjects run from the mundane to the sublime, from birds in flight and waiting old men to fiery angels and storm-ravaged ridges.