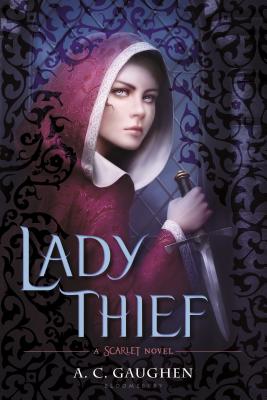 Scarlet's true identity has been revealed, but her future is uncertain. Her forced marriage to Lord Gisbourne threatens Robin and Scarlet's love, and the royal court has come to Nottingham to appoint a new sheriff. The people hope that Prince John will give them a champion, but the prince has different plans . . . involving Scarlet and Lord Gisbourne.

Scarlet must put aside her weapons and boys' clothing to join the dark and plotting court. She will do anything to outwit the Prince and win a life with Rob, but hidden within the court is a secret no one was supposed to discover. When the truth is revealed, Scarlet will have to pay a steep price.

Featuring a strong girl heroine who will appeal to fans of Grave Mercy and Throne of Glass, this sequel to Scarlet will leave readers breathless for more.

A. C. Gaughen is a freelance writer and regular blogger who has had several stories published in the Chicken Soup for the Soul series. She attended college in Scotland but now lives in Massachusetts, USA.