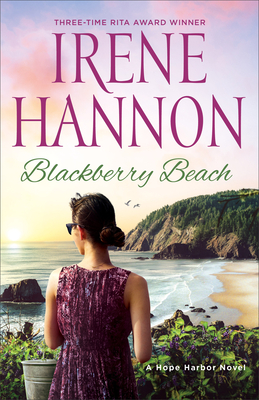 Katherine Parker is on the cusp of having everything she ever wanted--fame, money, and acclaim. So why isn't she happy? In search of answers, she comes incognito to Hope Harbor on the Oregon coast for some R&R. Maybe in her secluded rental house overlooking the serene Pacific she'll be able to calm the storm inside.

Coffee shop owner Zach Garrett has found his niche after a traumatic loss--and he has no plans to change the life he's created. Nor does he want to get involved with his reticent new neighbor, whose past is shrouded in mystery. He's had enough drama to last a lifetime. But when Katherine and Zach are recruited to help rehab a home for foster children, sparks fly. And as their lives begin to intersect, might they find more common ground than they expected . . . and discover that, with love, all things are possible?

Irene Hannon is the bestselling author of more than fifty novels, including Hope Harbor, Sea Rose Lane, Sandpiper Cove, Pelican Point, Driftwood Bay, and Starfish Pier, as well as Point of Danger and the Code of Honor, Private Justice, and Men of Valor suspense series. Her books have been honored with three coveted RITA Awards from Romance Writers of America, and she is a member of that organization's elite Hall of Fame. Her many other awards include National Readers' Choice, Daphne du Maurier, Retailers' Choice, Booksellers' Best, Carol, and Reviewers' Choice from RT Book Reviews magazine, which also honored her with a Career Achievement Award for her entire body of work. In addition, she is a two-time Christy Award finalist. Learn more at www.irenehannon.com.