Hamilton: Portraits of the Revolution 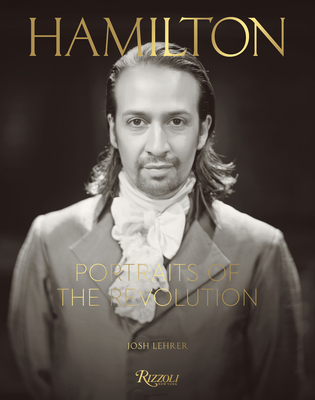 Hamilton: Portraits of the Revolution

By  Josh Lehrer , Foreword by  Lin-Manuel Miranda , Preface by  Thomas Kail
$ 35.00
Order Online (Out of Stock In Store)

The photographer Josh Lehrer's up-close-and-personal document of the evolution, and revolution, that is Hamilton: An American Musical.

Only the second official book, Hamilton: Portraits of the Revolution invites Hamilfans to experience the award-winning show in a brand-new and intimate way through more than 100 portraits of the cast, including Lin-Manuel Miranda (Alexander Hamilton), Leslie Odom Jr. (Aaron Burr), Daveed Diggs (Lafayette), Phillipa Soo (Eliza Schuyler Hamilton), and Renée Elise Goldsberry (Angelica Schuyler), along with personal commentary by the cast about Hamilton, their experiences, and the show's impact on them and the world. It includes contributions by creator Lin-Manuel Miranda and director Thomas Kail, as well as a curated collection of ephemera and original writings from the historical figures who served as the inspiration for their stage characters.

With book, music, and lyrics by Miranda, direction by Thomas Kail, and choreography by Andy
Blankenbuehler, Hamilton is the story of an immigrant who became George Washington's right-hand man and the new nation's first treasury secretary.

Now, with Hamilton streaming on Disney+ starting on July 3rd, the fan base for this musical smash hit will only continue to grow. From "Broadway Babies" to history buffs to anyone who appreciates photography, this is the perfect book for the millions who have been moved by, and want to reexperience, the extraordinary theatrical and musical experience.

Josh Lehrer is an advertising, lifestyle, and portrait photographer who has photographed for the New York Times, Elle, and many Broadway and theatrical projects. Lin-Manuel Miranda is the Tony- and Pulitzer Prize-winning creator of Hamilton: An American Musical. Thomas Kail is the director of the Tony- and Pulitzer Prize-winning Hamilton: An American Musical.